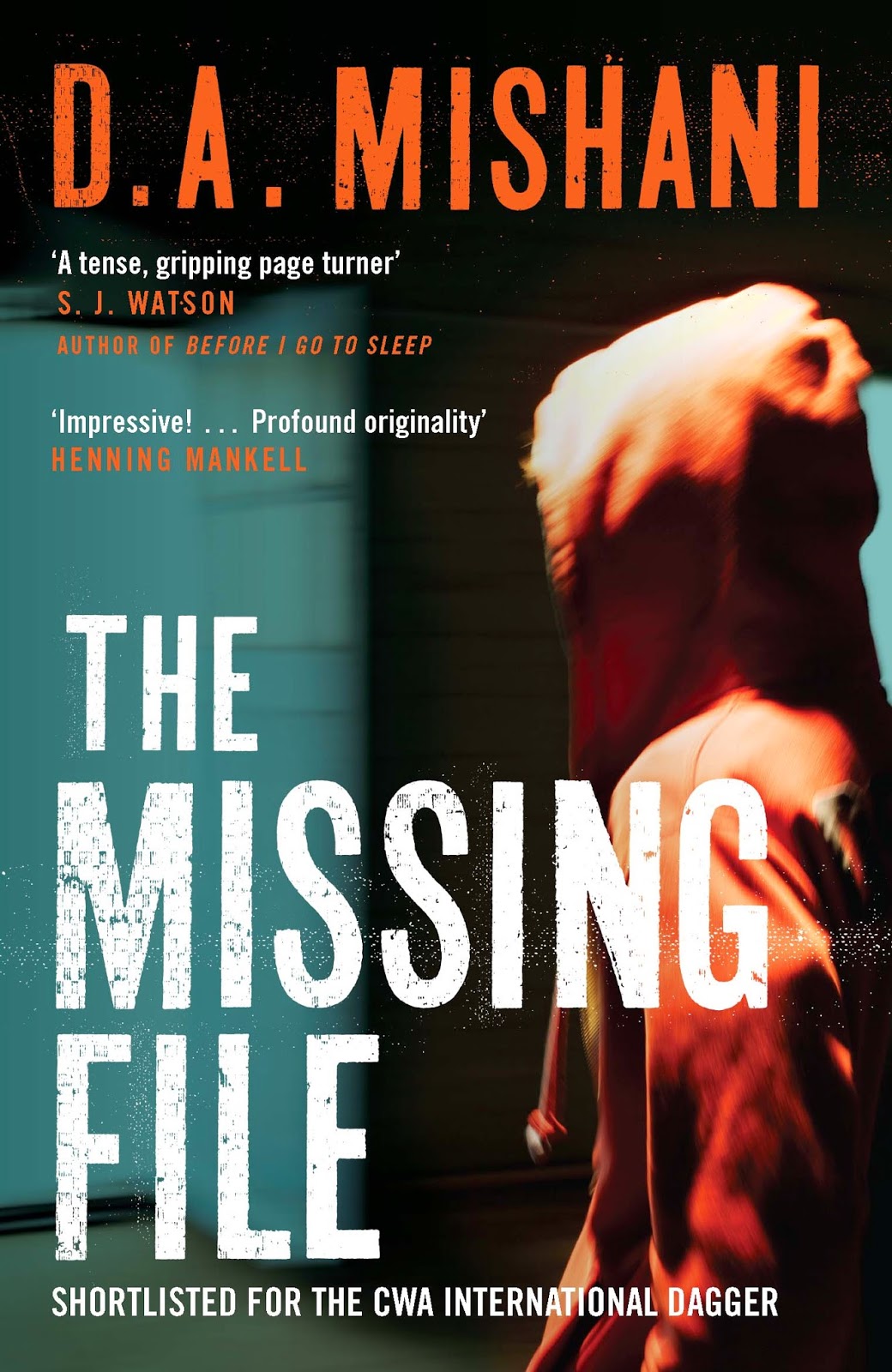 Avraham didn't know why he thought the things he did.

ShadePoint reads a lot of crime fiction in the course of a year. Much of it isn't reviewed on the site, and not always because it isn't enjoyable in some way, but more likely because it just wasn't terribly original - from samey stock-image covers of deserted basements, to predictable characters, disappointing endings or absent thematic purpose. It's not to say these books aren't escapist diversions for a bit, and there's nothing wrong with that at all, but they just don't stand out. They just don't ring and ring and ring and we don't answer.

But occasionally there is a different kind of crime fiction, writing that elevates the genre, transcends its predictabilities, possesses an emotional integrity and wallop that is simply greater than all others. A number of Henning Mankell's Wallander books are in this league, as is Leif GW Persson, or Fred Vargas. Writers like these create characters that resonate deeply with the reader, settings that are completely immersive and plots that work, and do so from start to finish. And these writers often produce work that is perfect, or close to perfect (in many cases ably assisted by quite incredible translation) which is really, really very hard to achieve.

The Missing File by D.A. Mishani is just such a book, and if a better crime novel arrives here for review this year it will either be astonishing, or it will be this one's sequel, A Possibility of Violence, which is published in the UK later this year. It is no exaggeration to say that this staggeringly effective novel is one of the best books ever reviewed on our site, and there have been some magnificent titles, and it may well turn out to be one of the best books this reviewer has read, in any genre, for years. This is strong praise, hyperbole even, but right now, with the denouement only hours old, it seems completely justified: The Missing File is a slow building, taut, intense triumph.

Mankell is a good touchstone, because the hero of this novel, Inspector Avraham Avraham has many of the qualities, if not the backstory, of Wallander - something of his flawed believability, his doubts and fears, the moments where his work and its meaning and impact seem to swamp him. The way life seems as much a puzzle as the crime at hand, and just as important to the reader. Avraham is as well created as Wallander, and Kurt in the very best of the Mankell Wallander series. Mankell himself even describes Avraham as a "quite remarkable man on the stage where detectives dance." Not since Wallander, or Jussi Adler-Olsen's Carl Morck (about whom we said we would "read about him starting a salmon farm") has a crime fiction character had such an impact. The minute, the second, this book was finished, the desire to follow the rest of his story - and critically, just his basic life and hopes - was like craving a drug.

Avraham is leading on the case of a missing teenage boy in a Tel Aviv suburb. In a story reminiscent of Jan Costin Wagner's haunting Silence, events move in that snakes and ladders manner that Colin Dexter achieves so well, where differing viewpoints weave across each other and leads go nowhere, somewhere and nowhere, but relentlessly towards an end. The reader, like Avraham, begins to pontificate, to think, "I know how this is going to end" and then, also like Avraham, to start worrying, to fret "please don't let it end like this." For Avraham there is also guilt over perceived mistakes, anguish at slights from colleagues, competition from younger detectives. There is his father's illness, and his parents' concern for his wellbeing - missed calls to check his plane has landed. Avraham is a quiet wonder of a character - totally believable, immensely sympathetic and yet sustaining enough inscrutabilities to be compelling and exciting. He really is there with Wallander and Morck in the line-up of the very best. Stand by for the TV Series - this is incredible stuff.

The plotting is superb. Genuinely superb. ShadePoint almost immediately read the book again - startled by the way incidents and statements interlocked, pulled together, made sense. Seemingly mundane or unimportant things turn out in the end to be loaded with purpose. The novel is a master class in crime writing - not surprising really as Mishani is an editor of Israeli crime fiction and international crime literature, as well as a scholar of the crime genre. The ending is unforgettable and as clever and natural as the rest of the story. The sheer joy of a book that maintains its high quality right to the end is rare and The Missing File does not disappoint. It is heartbreaking in places, and completely unforgettable. Even now, writing this review, the pin tumblers are clicking away as elements of the novel switch in the memory and pieces are being put together. Like Persson, there is something beyond grasp in this story.

A recurring feature of the story is Avraham's own interest in crime fiction, which he reads in translation, or watches on TV. He likes to speculate on why there is very little crime fiction written in Hebrew. This is picked up again in a fascinating postscript interview with Mishani by Lidia Jean Kott. ShadePoint will speculate on this issue now. It may well be the case that if very little crime fiction is written in Hebrew the situation is likely to continue; any budding crime writer in Hebrew may read Mishani and throw their laptop out the nearest window. His Avraham is one of the finest creations out there, and this novel is crime writing in the order of genius.
Posted by Blogger at 12:40