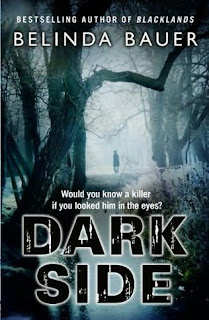 " ... avoid the moor in those hours of darkness when the powers of evil are exalted ..." - The Hound of The Baskervilles


Belinda Bauer's Darkside is well-titled. It is a dark, dark novel. When humour does sneak in, it is of a fairly black variety; when peace, love and understanding appear, they do so against a backdrop of suffering and danger. Characters are constantly on the verge of being cut off in their remote location by howling snow, and total darkness is only offset by pin pricks of light from small clusters of isolated cottages. The atmosphere simply groans with elemental dread.

Against this backdrop, a series of crimes, hideous in execution, bring a blanket of suspicion and terror to a small closed community, where suddenly, no one can be trusted. If you're a seasoned crime reader, you'll be rubbing your hands with glee.

Darkside is Bauer's second novel to be set in the small Exmoor hamlet of Shipcott and its surroundings. Some years after the grim events of the first novel, things in the village take a turn to the darkness again after an elderly woman is murdered in her bed. The village Bobby, Jonas Holly, is soon fighting to keep his status against the brusque, and slightly demented, Detective Chief Inspector Marvel, and his team from Taunton. The story begins at this grim, outlandish point, and grows ever grimmer. The small town dynamics of the setting are to the fore almost immediately when we learn in passing that the doctor at the crime scene once vomited into a yard of ale after a rugby match. What marks the book instantly as special, however, is the natural way Bauer unfolds village observation, without taking anything away from what is an immensely chilling opening.

In fact, there is something of the horror novel about Darkside. The isolated rural town is a classic horror setting, and haphazard attempts to investigate anything going on in them harks back to The Wicker Man, for example. It's not just that one of the characters obsessively watches horror movies to balance the horror in her own life either, Darkside just has that creeping wash of dread over a tight knit community that creates the terror at the heart of books like Salem's Lot. Shipcott at one point seems plunged into a miasma of deep, insurmountable horror:

"But the Shipcott air itself had changed and all who lived there took in the toxins with every breath now. Suspicion, fear and confusion started to suffuse their beings and they looked at each other with new eyes ..."

In one nightmarish scene, Holly's Land Rover strikes a moor pony out in the dark, in the swirling snow. The horse is grotesquely injured. There is something deeply horrific about this moment, and Bauer captures the surreal madness of it all vividly. I put the book down at the end of this scene and could only say to myself, quietly, "Bloody Hell ..." Sometimes a great story well-told will have that effect. 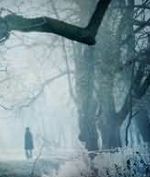 As the novel progresses, these little vignettes continue, and Bauer seems to effortlessly punctuate the story with beautifully observed, haunted little snaps of imagery. Footsteps in the snow, an almost slow motion moment of dread as someone actually sees the killer but somehow doesn't see, the snow building, the creeping decay ...

Of course, the supernatural is no more walking abroad than the Hound of the Baskervilles stalks that other great West Country moor, Dartmoor. But horror and crime fiction often share the bus to work, and Darkside has enough dread in its boots to appeal to fans of the horror genre. The helter skelter tension of the ending (maybe a bit too pacey if anything) reminded me too of horror novels. Gripping stuff. I hope Bauer does turn her hand to the supernatural one day - as I said about Johan Theorin, I think that if she did, she'll scare us stupid.

The way in which the story and atmosphere of the first novel permeates the second, actually reminds me a lot of Johan Theorin. There is something very similar about these two writers and their work. In Theorin the characters are isolated by the sea, by being on an island, whereas in Bauer, they are isolated by the moor, by weather, by darkness. But the way characters interact with their setting, the atmosphere of it, is handled similarly well by both writers over a series of novels. I suppose, and this is probably a bit facile, but if you were to cross Johan Theorin and Reginald Hill, I think you'd be close to imagining Darkside.

Darkside is fantastic entertainment - I recommend it highly.