REVIEW Under The Dome by Stephen King 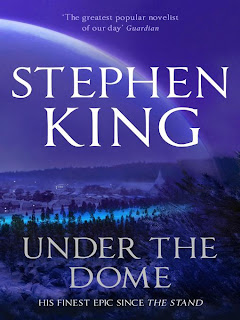 "Big Jim was in the saddle now, and once guys like him were in it, they tended to ride hard. Sometimes until the horse collapsed beneath them."