REVIEW: An Event in Autumn by Henning Mankell 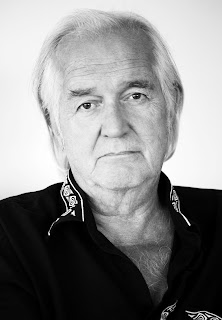 I believe that for a very long time, as long as we speak and write about crime fiction, Henning Mankell will be held as a gold standard, one of the great voices of the genre, one of the true innovators.


His impact in terms of the growth of “Nordic Noir”, and the huge uptake in writers from Scandinavia in this country, and the impact on writers in other countries, is immense.


Of course, he didn’t just write crime fiction – and for me the surreal Depths might well be his masterpiece outside of genre – but he will be forever remembered for his crime thrillers. And especially for Wallander, a character as important now in the history of crime fiction as Holmes, Poirot, Marple, Morse …

Without Wallander, there would not be quite the depth of international opportunity, I don't think, for any of Nesbo, Nesser, Fossum, Adler-Olsen, Persson, Theorin, and even Larsson. There might also not be a new voice to crime fiction more broadly, which not so long ago seemed to be stuck on course towards a ‘Silence of The Lambs’ abattoir. Crime Fiction has grown increasingly character driven, and Mankell-like, ambiguous and human, unafraid of ordinary, realist in resolution, and this means the genuinely skilled practitioners, the storytellers of depth, stand out.

There was certainly a valedictory feel to the brilliant final The Troubled Man, as Wallander himself seemed to be trudging away into a snowy hinterland of his own, his faculties and physicality diminishing, draining away into the forests and lakes. A friend of mine read this book, and couldn’t see what the fuss was about. Of course that would be the case, because he hadn’t read any of the previous books. If ever there was a series novel that shouldn't be first-read, it was Troubled Man. For those of us who had read the lot though, the last book was immense, a just ending to a justly celebrated series. It was a note perfect aria to a time ending, just as Wallander would listen to his old Bjorling records, and collapse gently inside. We're not superhuman, we do our best, and the sun sets.

This was the rawness and great beauty Mankell achieved with Wallander. Certainly there were crime plots, and importantly to the writer himself, political statements about immigration, cyber crime, and the like - but not to diminish these social concerns in any way, it was the outright humanity of Wallander that appealed so strongly. He stood out, particularly in a CSI world of detectives who looked like stockbrokers, and the aforementioned supermarket aisles of serial killers. Here he was, with diahorrea after eating too fast, or his fillings falling out, or unable to make sense of his failures as a husband and a father - and yet, haphazardly, still giving it a go and ultimately getting the job done while trying to do the right thing for society at the same time.

This down at heel but strangely noble persona – captured most perfectly by Krister Henriksson, I feel – was truly compelling. A divorced detective, drinking too much and listening to music alone in his flat, was not exactly groundbreaking it might be said – but there was something utterly true about Wallander. Most painful, was the sense that Wallander knew he was allowing all he loved most in the world to fade away behind his work and his own fears and limitations - an irredeemable loss of time and people in the face of the inherent selfishness of this sacrifice. Yet on he martyred – in despair, sometimes childlike in his sense of longing for things of the past to last, to happen again.

An Event in Autumn was originally written for a free book giveaway in Holland, and was later adapted as part of the excellent Branagh Wallander series. In terms of Kurt’s own timeline, the events take place just before The Troubled Man. As Mankell says in his own Afterword, “There are no more stories about Kurt Wallander.”

With typical Kurt-ish luck, just as Wallander has finally found the wherewithal to look over a property in his ongoing and much longed-for house in the country fantasy, he finds himself stumbling over a skeletal hand in the garden on a viewing, pointing from the surface of the earth like something from MR James.

In a sense, this will mirror the plot of the story, but it also seems to be saying something about Wallander himself, this late Wallander, as if fate itself is pointing to the sky, as our beloved detective perennially rolls his eyes upward in frustration and despair, an internal agony that nothing is ever meant to be. “Perhaps what I want most of all,” he thinks at one point, “is not to have to think about myself. About the increasing feeling of repugnance I’m carrying around inside myself.”

Autumn is approaching, literally and metaphorically, and Wallander follows this new case in his usual dogged way with his determination undiminished by other frailties, and fans of the series will be delighted to fall back into the usual ways: the dead ends, the frustrations, the slight tips of luck, good and bad, the comedic telephone arguments and petty feuds. It is a very short novella, so will be read quickly – although with great regret and sadness, now that Mankell has passed away and this is truly the end.

Mankell includes a short essay at the end: ‘How it started, how it finished and what happened in between.’ In this piece on the creation of Kurt Wallander, Mankell is fascinating. "Time is short - but more scarce than it has ever been," he writes, discussing the genesis of the detective, the author's own prevailing social and political preoccupations at the time of the novels, and about how various aspects of Kurt’s character came together.

“The passage of time is in many ways bewildering,” writes Mankell. “I wrote at least half of the first Wallander book on an old Halda typewriter. Nowadays I can hardly remember what tapping the keys of a typewriter was like.” Here, he sounds very like his creation – that sense of bafflement and despair at the passing of time that so defines Kurt Wallander.

Wallander is a fundamentally good man, driven to protect others, unable to fully exist outside the context of work, who struggles often to place his emotional life squarely alongside the job he does. In his humanity and complete honesty as a character, he transcends genre, and will sustain.

Henning Mankell and his wonderful writing will be a terrible miss.