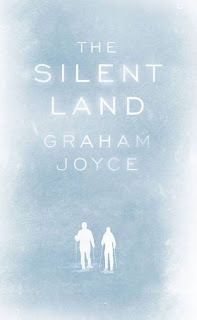 All was quiet. Everywhere was deserted. There was only the white, white snow of the silent land.
Jake and Zoe, a young, married couple, very much in love, are caught in an avalanche while on a skiing holiday in the French Pyrenees. Once they have hauled themselves from this white tidal wave, they return to their hotel, to the village, and it is deserted, abandoned. Days pass, they try to leave, but every time end up back where they started. Food in the kitchen does not rot, candles do not burn down. Eventually, it becomes obvious that something is amiss. Eventually they realise they are not actually alone at all.
Nothing is amiss, in my view, with this novel. I've read some great books recently, but this one sits very easily with those I have enjoyed the most. There are a number of reasons why this came as a slight surprise. It is a very short book, essentially a two-hander in terms of characterisation, and it does not move from one setting. The ending, I felt, became obvious fairly early. The novel also treads a very familiar path; Jonathan Wright acknowledged this in his SFX review (the review which made me rush out and buy the book, as it happens): "Graham Joyce's latest novel rests upon a familiar horror premise: the idea of being caught betwixt and between in an eerie place where the everyday and the eldritch co-exist." And finally, as another reader pointed out to me, there is some obvious symbolism and metaphor at work.
So, bearing all this in mind, I was delighted to discover that from first page to last, I loved it. I read the whole thing on a train journey from Edinburgh to Devon. Like Jonathan Wright, I felt immensely attached to the characters, I liked them both, and I believed in them. I felt the love they shared seemed entirely real, and not romanticised at all. It is not overstating it one bit to say that if this characterisation hadn't worked, the novel would have collapsed. It is a testament to Joyce's skill as a writer, as an observer, I guess, that Zoe and Jake seemed so real, had that every man/every woman quality that leads the reader to suspend the disbelief and take on board the more fantastic elements of the story without noticing. I've said on this blog quite a few times how I admire Stephen King's ability to capture the humanity of his characters, their dreams, loves and hopes, and Joyce achieves a similar success in this novel. I cared about Zoe and Jake. And like that trick of King's, I cared about Zoe and Jake because they remind me of people I care about, they remind me about caring.
The ice-sharp, brilliant-white strength of feeling that Joyce captures, is of course so intense, because this is a novel about love, yes, but also about its master thief, death. Death, loss, forgiveness. Forgiving yourself, forgiving other people. Living and loving. Hoping. Redemption. Acceptance. I'm a bit stuck to go on from there in detail, though, because I really don't want to spoil this book for anyone who fancies reading it. Obviously, there are spoilers on the book jacket itself, obviously it's not hard reading this review so far to have some sense of what the book is about, but the layers that are encountered have an eerie, wistful, haunted impact that is best enjoyed unprepared I think. Suffice to say, in this new white world, the rules are very different:
"Her love and affection for him, and their mutual dependence in this shadow world, had amplified massively. But there were forces of reversal at work here. If love was a force of gravity, this place had a centrifugal force, dragging at her psyche."
I don't mind at all saying I was greatly moved by this book. I might have cut a desolate figure on the train, opening my can of Strongbow when I'd finished the story, and actually, I have to admit it, fighting back the urge to blub a bit. It is such a gently written, poetic, and tender song of a book this - unpretentious, unafraid of using the commonplace thoughts, feelings and belief motifs of everyday people. By the end, when that end seems to brood like the huge shifting ramparts of snow surrounding Jake and Zoe, the reader may well feel engulfed by an increasing desperation for it to not be this way, for this not to happen, for it not to be true. It is not necessarily a rage against the dying of the light, as a plaintive keening for that light to never diminish. For love to transcend, as it does in 'Remember', the Christina Rossetti poem that opens the story:
"Remember me when I am gone away,
Gone far away into the silent land"
Many of our so-called genre writers, Graham Joyce included I can now see, write such vivid, moving evocations of the human condition I think. This is a fact often woefully overlooked, or pompously condescended to elsewhere. In The Silent Land Joyce has created a beautiful love story that will stay with me a long time, and deserves much wider attention.
Posted by Blogger at 13:06